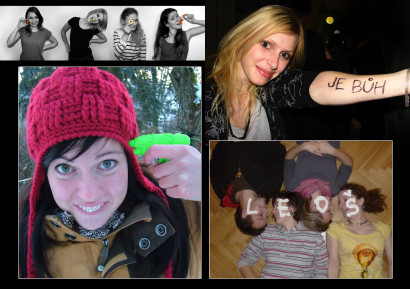 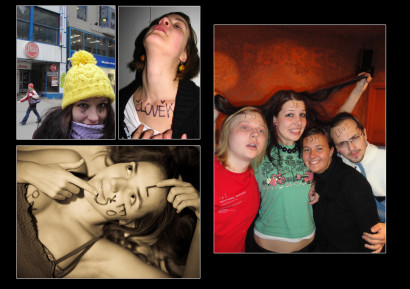 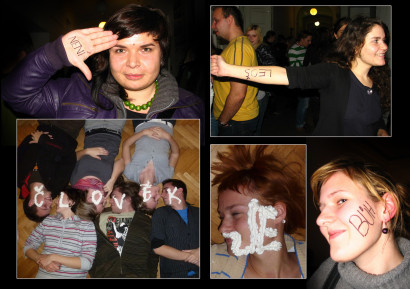 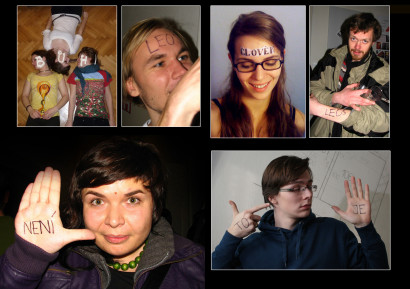 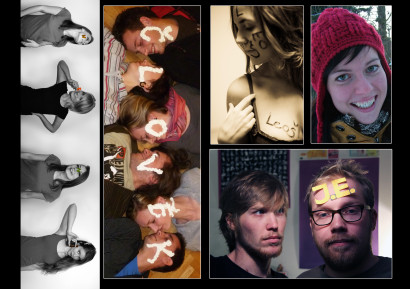 LEOŠ NENÍ ČLOVĚK! LEOŠ TO JE BŮH! in Czech. The words of these two sentences refer to an iconic party called Marena which is held in Brno every year. Marena is the party to welcome new architecture students. Students of the school´ve written these words on their faces, bodies or elsewhere, each of students in different way.

Videoexhibition/ projection of these photos became part of a decoration of the FA building during Marena in 2012. In this year Leos was not able to lead Marena because of his health condition.

The printed booklet of the photos was a present for Leoš.